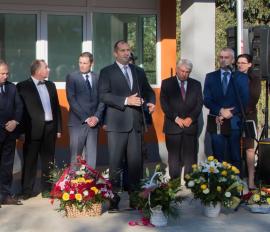 On the 20th October 2017 in an official ceremony Mebel-Stil LTD opened its third factory. The production premises were built in the town of Popovo and the big name in the list of the guests was the President of Republic of Bulgaria, Mr. Rumen Radev. In his speech he declared: “It is an honour and pleasure for me to be here, when the beginning of something with future is being laid; something ours, Bulgarian. No foreigner can cling to his homeland as we are fatefully connected to it. Noone better than us will take care of our own country and no one will be able to build it instead of us”.

At the opening ceremony came more than 250 customers, suppliers and partners of the company, as well as all (more than 530 already) employees of Mebel-Stil and many citizens from Popovo. Among the officials were the Regional governor of Targovishte region, mayors of Popovo and Targovishte, members of the Parliament. 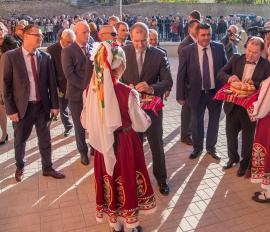 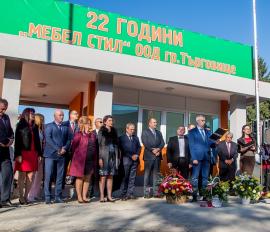